The final sprint for this year’s cohort 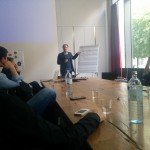 At C3 with Lukas Kircher. 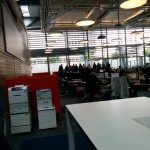 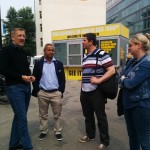 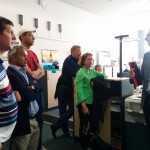 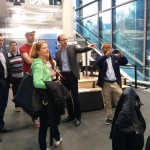 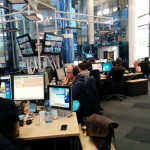 After the last attendance block in Berlin last week, imim students are taking their final sprints in writing up their Master’s theses. In these, they treat diverse topics – from mobile apps for radio stations to investigative journalism in a multi-media newsroom and innovation management in media archives. The students seek to answer questions such as: what are the ethics of content marketing? Can user generated content contribute to journalistic quality? Or: what can telecoms and media enterprises learn from one another?

After presenting their preliminary results in Berlin, imim students visited two companies they have already been to at the beginning of their studies:

Besides, the deadline for applications for imim’s next cohort has now passed. The international faculty is currently designing the outline for the innovation focus of the MA programme and a schedule for attendance modules over the summer and will inform candidates as soon as possible.