From the innovator’s lab to the conservator’s blog

Having spent a week at the Poynter Institute for Media Studies in Florida, and thus weather-spoilt, we were greeted by icy winds upon landing in New York City. But the next days’ schedule turned the heat up, starting with a day at The New York Times, hosted by Bill Horn, deputy editor of the Times’ video desk.

He brought in Paul Smurl, General Manager of Core Digital Products, as well as Adam Ellick and Jon Galinsky who both are in charge of implementing the recommendations of the innovation report. Next came a visit to the Times’ R & D department, one of the most prestigious innovation labs in the media industry.

Chartbeat provides sophisticated analytics of online content for media and advertisers, or anyone else interested in their audiences’ behaviours. Our group was introduced to Chartbeat’s working methods: They assess content quality based on numbers of users and amount of time spent on a website – the longer users stay, the assumption goes, the higher the probability that the content is good and will draw them back.

At the Journalism School of the City University of New York (CUNY), Jeremy Caplan organised three presentations for the group, delivered by the founders and CEOs of the media start-ups Informerly, Wiser and Narratively.

Before a tour of the New York City office of Google, John Paton, CEO of Digital First Media (DFM), second-largest publishing company in the US, gave a talk to the students and told them: Whereas legacy media companies like newspapers are making progress in transition, transformation comes mostly from companies which start from scratch. That is why DFM has partnered with pioneering companies like Tout for video and Rumble for mobile, he added. Paton’s newspaper group is currently up for sale.

At Story Worldwide and at an evening talk with Jeff Mignon, CEO of ad agency RevSquare, the group was drawn into a discussion on the topic of content marketing also known as native advertising or corporate publishing. “Brands are stories” is the mantra of this new approach towards advertising.

The last visit of the trip brought the students to the digital office of the Metropolitan Museum where they were hosted by Chief Digital Officer Sree Sreenivasan, formerly in the same position at Columbia University, who also coordinates the museum’s social media activities. The Metropolitan has just tried to ride Kim Kardashian’s coat tails on Twitter.

Sree wrapped the imim trip up with his presentation – and corporate communication tips, such as: “Everyone wants a peek behind the scenes.” That is why the museum’s conservators blogged about the restauration of a 17th-century family portrait. And Sree knows how to tell a story: The picture contains what might be one of the world’s first “selfies” – the painter in a mirror in the painting’s background. 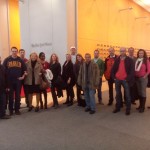 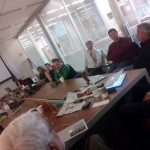 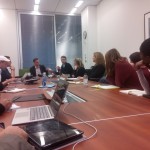 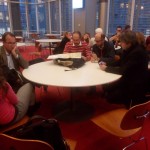 At the NYTimes’ cafeteria. 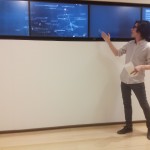 At the NYTimes’ R&D lab. 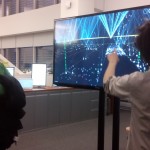 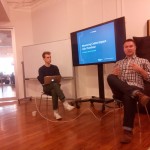 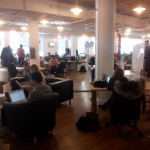 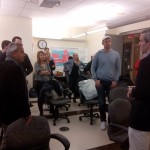 Jeremy Caplan organised a session for imim at CUNY’s j-school. 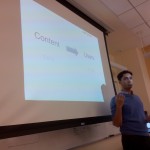 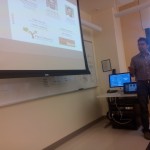 Get Wiser — that’s the motto of Sandeep Ayyappan’s project, targeted at a corporate audience. 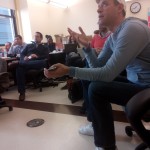 Michael commenting one of the presentations at CUNY. 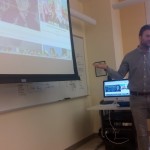 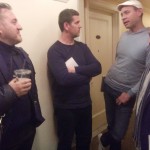 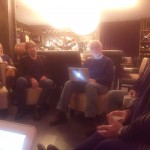 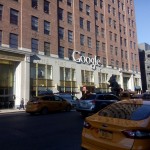 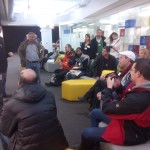 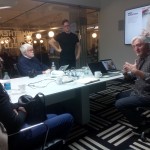 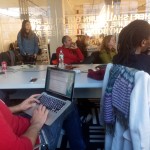 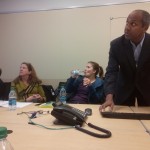 Sree Sreenivasan hosting the group at the Metropolitan Museum.