Who wants to work in a multimedia newsroom? — or: How imim students shape the future of media

47 questions to survey the attitude towards a multimedia newsroom: that’s what Dieter Bornemann evaluated in an online questionnaire among his colleagues at the Austrian public broadcaster ORF. Dieter is not only their elected spokesperson but also a first-cohort student of the Executive Master’s program in International Media Innovation Management — imim who graduated in October 2013. 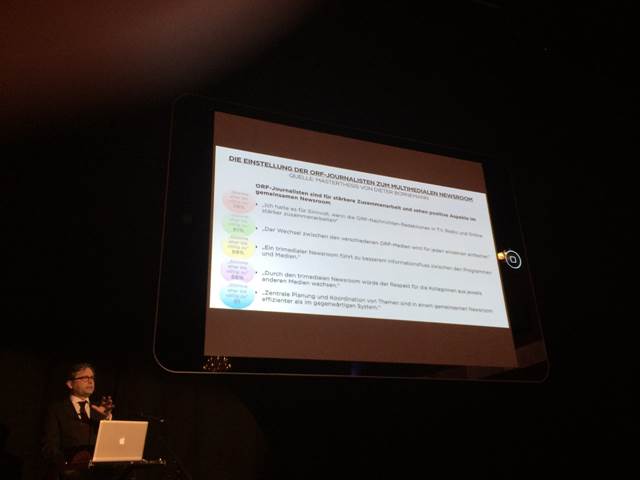 Recently, Dieter’s thesis has been used to argue the meaning of a change process at the ORF and other traditional broadcasters: in external and internal discussions like board meetings. Even the European Broadcasting Union EBU invited Dieter to Geneva to present his conclusions to all EBU members.

207 journalists of the station’s TV, radio and online news answered the survey about the introduction of a multimedia newsroom. Dieter evaluated how ORF journalists approach a convergent workplace. Besides, he compared six radio and TV stations — from the BBC to Danish Broadcaster DR — and how their journalists’ work changed in a multimedia environment.