Newman’s Predictions for the New Year

At the end of each year, Nic Newman, who is a Visiting Fellow at Oxford’s Reuters Institute for the Study of Journalism and lecturer at imim, looks back. And then he looks ahead — and shares his predictive insights in a report (the full document can be read here). 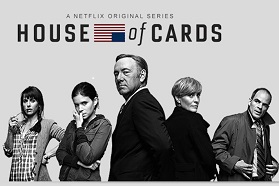 The overriding trend is format disruption, in every sense of the meaning: Regarding the TV market, Newman regards “House of Cards” (with Kevin Spacey) as setting standards. The Netflix production was released in a way that allowed “viewers to watch at their own pace”. Currently, according to Nielsen, 38% of US households use Netflix’ on-demand service (p. 8f). This model will threaten classical TV’s business model, Newman says. He also predicts a “dramatic loss of audiences” for public service TV: “down 10% year-on-year” (p. 12).

For newspaper-like content, all that disruption results in a layout that conforms more to the standards of real-life visuality, not to the ones of printing machines: Newman mentions Medium (created by Twitter founder Evan Williams) as an example for “single image hero panels” that seem to replicate head-up displays instead of classical navigation bars (cf. p. 30). Even hardware formats (think of wearables, like Google‘s “Glass” or Samsung‘s smart watch) or advertising formats (native ads) are disrupted. We should not be surprised: 2,500 years ago, Heraclitus asserted that the only constant is change. 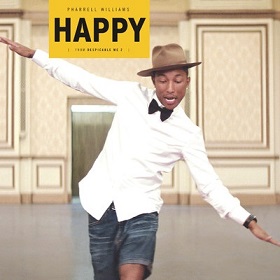 In terms of content, the “improved reading experience on tablets” and “tools that let you save content for offline reading” makes people read longer pieces again and revives their “taste for substance” (p. 19). That might lead to making media consider charging for their articles more seriously: Newman predicts that the Guardian — one of the fiercest opponents of paid online content to date — and other UK national papers will introduce at least a “paywall trial for some specialist content” (p. 26).

Publishers’ consolation: Facebook faces disruption, too. Newman states that in 2013 teenagers were leaving the social network “in droves”. But the condition of new and old media is the same: People “are not abandoning Facebook“, they are “just experimenting with additional spaces” (p. 15).